This morning I woke up to the sound of cannons going off nearby. After confirming that I was not in an arena partaking in the Hunger Games, I remembered what day it is. The cannons marked the start of the Great Union Day parade that began on a street nearby.

Great Union Day occurs yearly on December 1. It is the national holiday of Romania which commemorates the assembly of the delegates of ethnic Romanians held in Alba Iulia, which declared the Union of Transylvania with Romania.

This holiday was set after the 1989 Romanian Revolution and it marks the unification of Transylvania, but also of the provinces of Bessarabia and Bukovina with the Romanian Kingdom, in 1918.

These images were taken on Friday while the Romanian military closed off a major street to practice for big event. 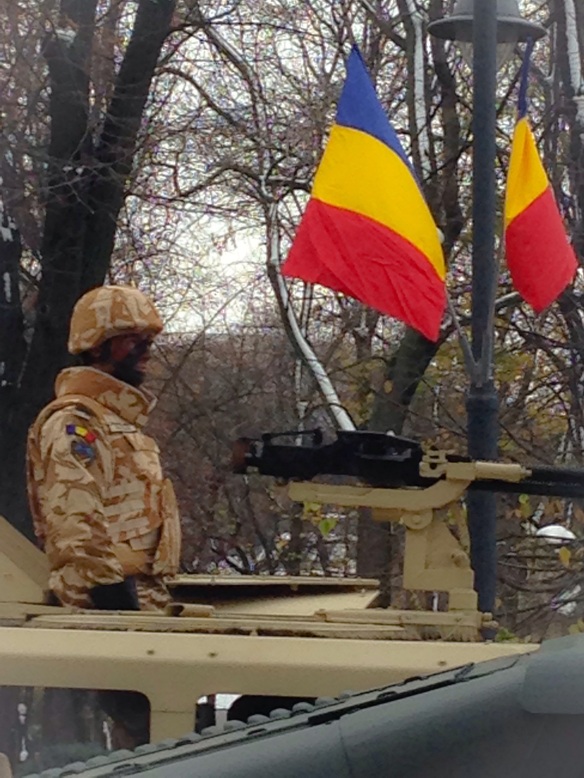 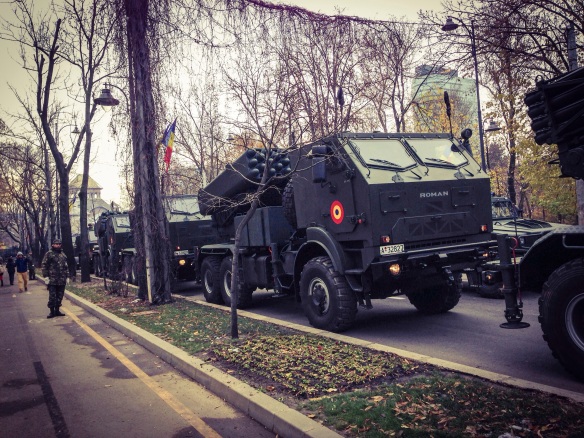