In early June we took a road trip to another large city in Romania called Cluj-Napoca. Initially we planned to fly to avoid the six hour drive northwest of Bucharest. In the end we decided to rent a car and take in the country-side. I am so happy that we did. I was able to really understand what people are talking about when they say “the gorgeous country-side of Romania”. I had seen some nice views going to and from Brasov the numerous time I’ve been there. But this was like going to a whole new world.

I did my best to snap pics of the mountains and hills while we drove. Turned on the action setting to avoid making my husband stop too many times so we wouldn’t take forever to get there. Some of the views reminded me of images I’ve seen from China. Breath taking views that were worthy the switchback roads and locals passing too close, as if playing sideways leap frog.

Here are some of my favorite photos taken from the road:

Once we arrived we checked into our hotel, Hampton by Hilton. At the time it was rated 4.5 on TripAdvisor and I feel it lived up to it. Rooms were clean and comfy, bar downstairs was stocked well, and the breakfast was better than expected. We stayed there two nights and I expect we will be staying there again on our return trip.

After settling in we decided to explore some of the city center while on our way to our first Cluj excursion: The Dungeon, an escape room game. I detailed the experience at The Room in a previous post.

Cluj-Napoca is really beautiful. Cluj is the 2nd most populated city in Romania, with Bucharest being the first. Immediately the fabulous architecture reminded me of Budapest. We later found out that at one time the city was a part of Hungary.

In the city center, located at Unirii Square, is the 14th century St. Michael’s Church. The wonderful piece of architecture was named after the Archangel Michael, the patron saint of Cluj-Napoca.

Right outside the church was a number of nice restaurants. We had the opportunity to try out two: Corso Cafe Bistro and Nuka Bistro. Corso Cafe Bistro was okay. Nice set up and had a variety of lemonades to try. But the food was only okay and the staff not too attentive. If you are in the square and only have one shot at a good restaurant I suggest making Nuka Bistro your choice. It was very good food, wine, with awesome decor and service.

There were a plethora of college age people all around. Likely due to Cluj housing the largest University in Romania, Babeș-Bolyai University. There is a famous botanical garden there but we didn’t check it out on this trip.

On our second day we ventured out to see the main attraction of our visit, the Turda Gorge. The Turda Gorge (Cheile Turzii in Romanian) is a natural reserve on Hășdate River. Founded in 1938, the Gorge is a little over 9 miles (15 km) away from Cluj-Napoca. There have been 990 species of plants, 110 species of birds, mammals and reptiles. We drove up and went for a hike through the center. Hiking on rough terrain, crossing rickety bridges, walking on narrow ridges, and looking out for wildlife equaled one amazing and unique adventure. I hope to go back in the fall to see the landscape with the changing leaves.

There was one awkward moment when we passed a large group for the 2nd time. One of the women said “Please lady can you take picture?” I assumed she saw my Nikon and, figuring I might know what I’m doing, wanted me to use their camera and take a photo. So I said yes, at which time the group rushed up to pose WITH me!

Road to the Gorge

Sheep grazing near the gorge

This tree looks like it wants to eat me

No worries, this is fake.

Cave in the woods

Ready to go up?

The trip up north was well worth the journey. I hope to go back again soon for more gorgeous photo ops. And maybe a few hours farther north to see the painted monasteries of Bucovina. In the meantime, here are some pics from they long trip home. And I finally got my pics of some poppies.

Until next time, la revedere!

In the last few weeks I’ve had the wonderful opportunity to be up close and personal with two American artists live—and perform live myself—all within the city limits of Bucharest, Romania.

Insanely gorgeous voice and mad skills on any piano she touches, fiery haired songstress Tori Amos returned to Bucharest for the first time in many years. Never having a chance to see her live in the States, a few friends and I decided to check her out in Romania! We were able to score 3rd row seats.

Though the weather had been bad leading up to the show, we suited up in our rain gear and ventured out to this old but very cool venue. Arenele Romane translates to Roman Arena. The design and decor definitely gives that kind of colosseum feel. The bathrooms here were odd. The toilet lids have been removed!

It wasn’t a large crowd at this show, but many knew the words to her songs. It was clear that they loved them some Tori and were willing to come see her play, rain or shine! She was solo on this show—no band and no opening act—but it made for a very intimate setting. I was very impressed by her stage presence and live vocal stylings. And boy did she rock on the keys.

I apologize for my iPhone pics below. They aren’t the best. I wish I could have brought my Nikon, but with the sky threatening to open up on us at any moment I didn’t want to risk it. Click HERE for a great online shot.

After auditioning in April, I won the chance to sing the U.S. national anthem, “The Star Spangled Banner”, at the U.S. Embassy Bucharest’s official 4th of July reception. About 3,000 were invited to this prestigious event. Camera crews and photographers were set up in a media section to capture the speeches of the evening. And along with them, catching my performance. This was my largest in person crowd to date, and my shortest set of approximately 1.5 minutes. Though nervous before and during, the aftermath was exciting and fantastic. Many congrats and wonderful compliments. I was glad that I did a good job for the celebration.

The next day a friend said she saw me on the local news! Two days later, when walking into the 30 Seconds to Mars concert, someone stopped me to tell me they saw my performance at the embassy and congratulated me on a job well done.

Unfortunately someone decided to call my phone twice while my husband was filming. So here is a pieced together clip of my performance.

I wasn’t sure what to expect from the crowd. The small area set aside for the concert was pretty packed past my expectations. Though it was standing room only type show, each section was gated off. The more you pay, the closer you will be. Always needing to be as close as possible to this band, I opted for “Diamond” section. There were people of all ages. Some holding signs thanking the band for finally making their “dream come true” by coming to their country. The vibe was fantastic! So many people thriving from seeing their favorite band for the first time. The nicest surprise was how it sounded like every person in the crowd knew each song and sang along. This created the vibe of live 30STM shows that I didn’t think possible to feel in Bucharest! I was pleasantly surprised and enjoyed every minute. My only complaint… that it wasn’t a longer show!

Here are some snippets from the show:

I am planning to take every opportunity to see bands that I love that come through Bucharest. I also plan to venture to neighboring countries to get my fix if they don’t come to Romania. I am also looking into checking out some Romanian musicians in the near future. And maybe I’ll perform again while I’m here. I guess we shall see. Either way, I’ll keep you all posted! 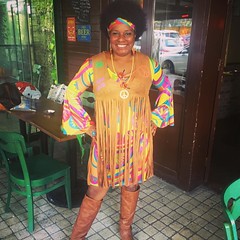 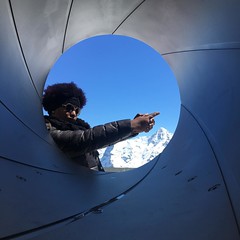 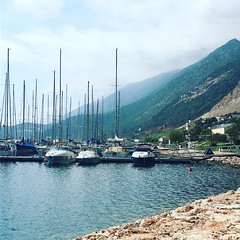 Inside a Wicked Mind